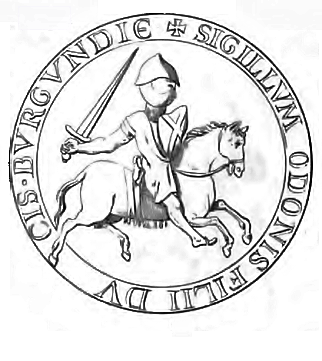 1) Source: The Henry Project . External Link. Reference: Henry II of England (Questionable reliability of evidence)
2) Source: Chronica Magistri Rogeri de Houdene "There also came to Limoges the earl of Maurienne, and desired to know how much of his own territory the king of England intended to grant to his son John" (Data from direct source)
3) Source: Chronica Magistri Rogeri de Houdene "Accordingly, on the fourth day they produced a writing, in which was the following statement: “king Sancho the Fat had three sons, Ferdinand, king of Castille, Ramiro, king of Arragon, and Garsias, king of Navarre and Nagara. Ferdinand was the father of king Alphonso, who took Toledo, and was the father of queen Vracha, who was the mother of the emperor Alphonso, the father of king Sancho, whose son was king Alphonso, who married Eleanor, daughter of Henry, king of England. Ramiro, king of Arragon, was the father of king Sancho, who was father of king Peter and king Alphonso. King Peter died without issue, and was succeeded by his brother, king Alphonso, who took Saragossa. Garsias, king of Navarre and Nagara, was the father of king Sancho, who was afterwards slain at Penaflel: he was the father of Sancho, who died without issue when a child, and was succeeded, in Navarre and Nagara, by king Alphonso, his father’s kinsman, who took Toledo, as far as the boundaries of Puente la Reyna and Sangosa: and the said child was succeeded by Sancho, king of Arragon, his father’s kinsman, in the remaining portion of Navarre and Pampeluna.”The Treaty and Covenants entered into between Alphonso, king of Castille, and Sancho, king of Navarre." (Data from direct source)
4) Source: Chronica Magistri Rogeri de Houdene "his son Richard succeeded him [Henry II]... After his decease his brother John succeeded" (Data from direct source)
5) Source: Chronica Magistri Rogeri de Houdene "In the same year [1196] died William, earl of Salisbury, son of earl Patrick, whose daughter and heiress Richard, king of England, gave to wife, together with the earldom of Salisbury, to William, his bastard brother." (Data from direct source)
6) Source: Chronica Magistri Rogeri de Houdene "[1200] it was agreed between them, that Louis, son of the king of France, should take to wife the daughter of Alphonso, king of Castille, and niece of John, king of England... After the conference, John, king of England, sent his mother, Eleanor, to Alphonso, king of Castille, to obtain his daughter in marriage for Louis, son of Philip, king of France." (Data from direct source)
7) Source: The Ecclesiastical History of England and Normandy: Volume III "Henry, king of England, gave his daughter Matilda in marriage to the emperor… After her husband's death, the empress Matilda returned to her native country… The king of England, her father, afterwards married her to Geoffrey count of Anjou ; and she bore her husband a son, named Henry, in the year of our Lord 1133" (Data from secondary evidence)
8) Source: Chronica Magistri Rogeri de Houdene "Surprised at this beyond measure, he came to Chinon, and, touched with grief at heart, cursed the day on which he was born, and pronounced upon his sons the curse of God and of himself, which he would never withdraw, although bishops and other religious men frequently admonished him so to do. Being sick even unto death, he ordered himself to be carried into the church, before the altar, and there devoutly received the communion of the body and blood of Christ; and after confessing his sins, and being absolved by the bishop and clergy, he departed this life in the thirty-fifth year of his reign, on the octave of the Apostles Saint Peter and Saint Paul, being the fifth day of the week; after a reign of thirty-four years, seven months, and four days." (Data from direct source)
9) Source: Chronica Magistri Rogeri de Houdene "[1199] It was also arranged, that Louis, the son of the king of France, should marry the daughter of the king of Castille, the niece of Richard, king of England" (Data from secondary evidence)
10) Source: The metrical chronicle of Robert of Gloucester Sir Richard fiz le rei - of wan we speke biuore - Gental man was inou - thei he were abast ibore - vor the erles doughter of wareine - is gode moder was - & is fader the king Ion - ... - Sire morrisse of berkeleye - weddede suththe bicas - is doghter and bighet on hire - the knight sir tomas - ... - Tuelf hundred in the gher of grace - it was & eightene Evidence for John being father of Richard FitzRoy. Reference: 10,626 (Data from secondary evidence)
11) Source: Flores Historiarum: Chronicle of Roger of Wendover "Richard, the illegitimate son of king John, who seized him, said to him, “Never again in this world, wicked traitor, shall you deceive any one with your false promises;" (Data from direct source)
12) Source: Court of Wards and Liveries: Deeds and Evidences "Letters patent by which Ela [Longespée], countess of Salisbury grants in her widowhood and liege power, for her soul and that of William Longespée (Lungespeie), her husband, their ancestors, and of William Longespée (Lungespeie), her son, and of all of her other children and heirs, to St Mary and St Bernard and the nuns at Lacock". Date: 1230. External Link. Reference: WARD 2/28/94E/24 (Data from direct source)